On August 2, 2019, the 75th anniversary of the murder of the remaining Sinti and Roma in the so called “gypsy family camp” will be commemorated at the former German concentration and extermination camp Auschwitz-Birkenau. This day was officially declared by the European Parliament in 2015 as the “European Roma Holocaust Memorial Day” commemorating 500,000 Sinti and Roma murdered in Nazi-occupied Europe.

Aim and message for the 75th anniversary on 2 August 2019
The 75th anniversary of 2019 commemorates the 500,000 Sinti and Roma murdered in Nazi-occupied Europe. The significant anniversary will grant to the genocide of Sinti and Roma the much-needed visibility and recognition at the European level. Historical memory always implies lived responsibility for the present. Today, 75 years after the end of the war, when we recall the Nazi crimes and the Holocaust, there is an undeniable responsibility to enhance the rule of law and to strengthen democracy. Therefore, the anniversary will also provide an opportunity to address the increasing racism, antigypsyism and antisemitism in Europe and worldwide.

About the commemoration event
The commemoration on 2 August will be attended by the few elderly people who have survived the genocide of the Sinti and Roma. This event is of great importance to them and their relatives, because it honors them and their fate. The 75th anniversary will be attended by high-level representatives from around the world, representatives of governments, delegations of parliamentarians, representatives of international organizations and civil society. In addition, over 1.500-2,000 Romani people from all over Europe will attend the commemoration. The commemoration ceremony is organized by the Central Council of German Sinti and Roma and the Association of Roma in Poland in cooperation with the Auschwitz-Birkenau State Museum.

Historical background
From March 1943 to July 1944, the National Socialists deported 23,000 Roma and Sinti from eleven European countries to the former German concentration and extermination camp Auschwitz-Birkenau, of which almost all died there. On August 2, 1944, the last remaining 4.200-4.300 Sinti and Roma in camp section BIIe were brutally murdered. Various accounts speak of attempts of resistance on that day, as well as of a resistance against a first planned liquidation of the camp in April-May 1944. Further info about current research debates in the Memoria magazine (July 2018 edition) of the Auschwitz Museum: https://view.joomag.com/memoria-en-no-10-july-2018/0531301001532506629 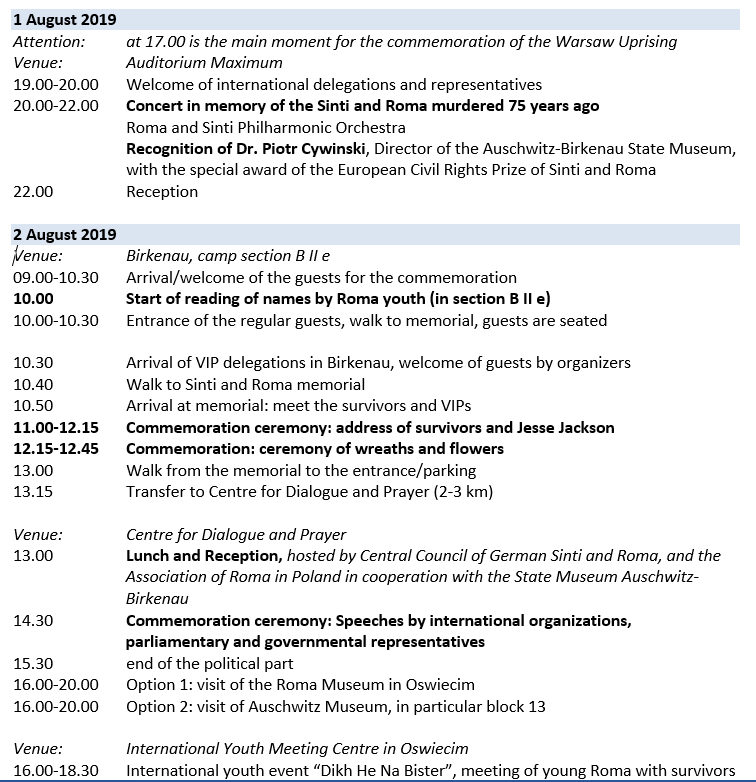 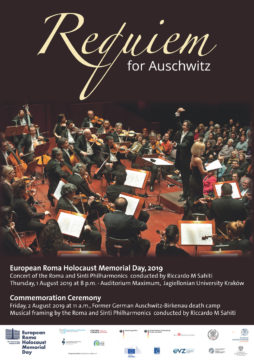