After the end of the Second World War, the Nazi crimes against Roma and Sinti were hushed up for decades, and the survivors once more subjected to exclusion and marginalisation. On the other hand, in many cases those responsible for the genocide were able to live their lives as respected members of West German post-war society and to pursue their careers without any fear of punishment.

The civil rights movement of German Sinti and Roma was able to make the Nazi past into a social issue and to successfully defend the interests of the minority time and again.

Now, for the first time, there is an exhibition solely devoted to the history of the civil rights movement: photographs from five decades draw attention to the more and less well-known events. In this way, the exhibition contributes to the long overdue preoccupation with this chapter of German and European contemporary history.

This historical embeddedness is particularly important in view of the wide-spread Antigypsyism and the difficult situation of Sinti and Roma in many European countries. The exhibition speaks about championing equality and human rights, which is still necessary today.

The catalogue can be downloaded online or ordered through our office. 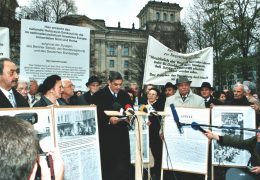 The civil rights movement of Sinti and Roma As a prerequisite for readmission to the international community of states, the newly founded Federal Republic soon officially recognised the Jewish victims ... mehr 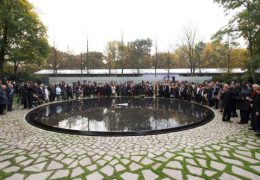 Who we are – An introduction The Central Council of German Sinti and Roma was founded in February 1982. It is an independent umbrella organisation for 17 national associations. Based ... mehr