The Central Council of German Sinti and Roma is appalled by the violent death of Kostas Fragoulis as a result of a police operation on 5 December 2022 in the Greek city of Thessaloniki. According to reports, the unarmed 16-year-old young man – a member of the Greek Roma minority – left a petrol station without paying the 20-euro bill and was grievously injured by a shot to the head by a police officer during the pursuit. Yesterday, he succumbed to his severe injuries in hospital. The police officer was suspended and has to answer for attempted manslaughter. A similar incident had already occurred on 23 October 2021, when motorised police officers shot 18-year-old Roma, Nikos Sabanis, during a chase in Athens.

“Our sympathy goes out to the family of Kostas Fragoulis,” said Romani Rose, Chairman of the Central Council of German Sinti and Roma. “The Central Council condemns the completely disproportionate actions of the police officer and demands an independent investigation by the Greek government. We welcome the fact that the Greek Minister for Citizen Protection Takis Theodorikakos has expressed his sympathy to the family and promised an investigation into the incident.”

In this context, the Central Council recalls the guidelines of the European Court of Human Rights, which call for particularly careful investigations in cases of possible hate crimes and in cases where state bodies are themselves suspected of the crime. 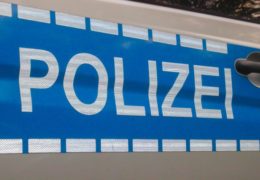 On Tuesday, 28 April 2020, several members of a Roma family were injured, some of them seriously, during an operation by the police and public order office near Freiburg. A ... mehr