Antigypsyist hatred is part of everyday life in almost all online formats and on many websites. Counter-speech, however, takes place only rarely. Right-wing extremist groups and activists in particular are successful in spreading antigypsyism on the Net, inciting hatred and defaming members of the minority group of Sinti and Roma. This is shown in a recent research report by jugendschutz.net, the Central Council of German Sinti and Roma and the Documentation and Cultural Center of German Sinti and Roma.

As part of a pilot project, several thousand documented pieces of content on the Internet were investigated, and a variety of discriminatory stereotypes were identified. More than 400 violations of youth protection law and often criminal law were documented. In addition, the dynamics increase in commentary sections was striking: Antigypsyist statements reinforce each other mutually up to inhuman representations and specific calls for violence.

The German Ministry of Family Affairs supports projects that provide educational and advisory work, raise awareness of mechanisms of exclusion and protect people affected by antigypsyism. Federal Minister of Family Affairs Dr. Franziska Giffey emphasizes: “Prejudices against Sinti and Roma, which are spread through social media, should not be accepted. This fuels hatred and leads to discrimination and exclusion. The results of the pilot project of jugendschutz.net and the Central Council of German Sinti and Roma show how old stereotypes of right-wing extremists are being reinforced and gain new momentum in new media. We want to promote those who take concrete action against that.” Minister Giffey thanks all those who stand up against hate, for democracy and for an unprejudiced living together.

Romani Rose, chairman of the Central Council of German Sinti and Roma, is deeply concerned about the extent of hate speech on the Internet: “It is unacceptable that hate against Sinti and Roma in the Net is the norm and remains unchallenged. Not only is this a major threat to children and young people who are online, it also damages social peace and cohesion. Media providers and the operators of Internet platforms are obliged to check and remove antigypsyist hate speech and calls for violence, especially in comment sections. Diminishing, trivializing and denying of the Holocaust are also found in the context of antigypsyist agitation online and must be prosecuted consistently.”

The Central Council considers this a task of the Independent Expert Commission on Antigypsyism, was appointed by the Federal Government and in the beginning of 2019, to analyse antigypsyism online more in detail, and to develop recommendations for action on policy level, as well as in society.

The head of the section on political extremism at jugendschutz.net, Patrick Frankenberger, underlines: “In addition to the overall social task of fighting antigypsyism, children and adolescents in particular must be enabled to deal with right-wing extremist fake news and discriminatory hate content online in a critically and self-determined way. Using social media is part of everyday life for this age group – many of them have already faced hate speech online. Therefore, it is of high importance to develop sustainable pedagogical concepts based on a sound analysis of extremist online propaganda.”

jugendschutz.net
jugendschutz.net is the joint competence centre of the federal and state governments for the protection of children and adolescents on the Internet. The centre researches the dangers and risks of youth services and urges providers and operators to design their services so that children and adolescents can use them carefree. Jugenschutz.net receives information about violations of the protection of minors on its hotline and ensures that these are quickly eliminated. The work focuses on risky contacts, self-harm, political extremism and sexual exploitation of children. The work on political extremism is funded by the Federal Ministry for Family Affairs, Senior Citizens, Women and Youth within the framework of the federal program “Demokarie Leben!”.
Problematic content in the network can be reported at https://www.hass-im-netz.info/hass-im-netz-melden.
Contact: jugendschutz.net, Wallstrasse 11, 55122 Mainz, phone: 0049 6131 328520, E-Mail: presse@jugendschutz.net, Web: www.jugendschutz.net 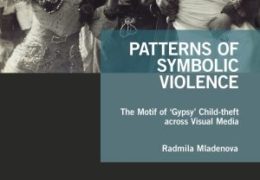 Five hundred years of fake news The Research Centre on Antigypsyism (RCA) at the University of Heidelberg has published the first volume in its Open Access peer-reviewed series Interdisciplinary Studies ... mehr